The Imperial Theatre first opened in March of 1911, as the first Western-style theatre in Japan. The theatre was rebuilt twice, including once after The Great Kansai Earthquake, and the current building was competed in 1966. In 2018, nearly half a century later, a large-scale renovation took place in order to raise the level of hospitality provided to visitors. In addition to new carpeting and restrooms, guest seating was also completely redone.

The goal of the seating renovation was to preserve the way Imperial Theatre has looked throughout its history. The refined purple color, and the number of seats in the Imperial Theatre were carried over to the post renewal seating as well.

Normal seats in Japanese theatres use wood for the back and arm rests, but the seats of the Imperial Theatre are upholstered, including the back of the seat, the legs, and the armrests. As the first Western style theatre in Japan, the style of the theatre emulates a look common in European theatres.

While the upholstery could not be done in the same exact fabric as the previous seats, the purple color was recreated to give them a similar look. This color purple was also used for the brass number plates.

Before the renewal, the foot lights stuck out from the seating, but with the new design they’re inlaid in the outer side of the seating. The width of the opening for the light was carefully inspected and fine-tuned to ensure that the light on the ground wouldn’t draw attention during a performance. The result is an elegant look, and light which illuminates only the aisle.

Towards the back of the armrests, the seats also include a ring to hold umbrellas. Guests can pass their umbrellas through to stand them up and store them neatly. 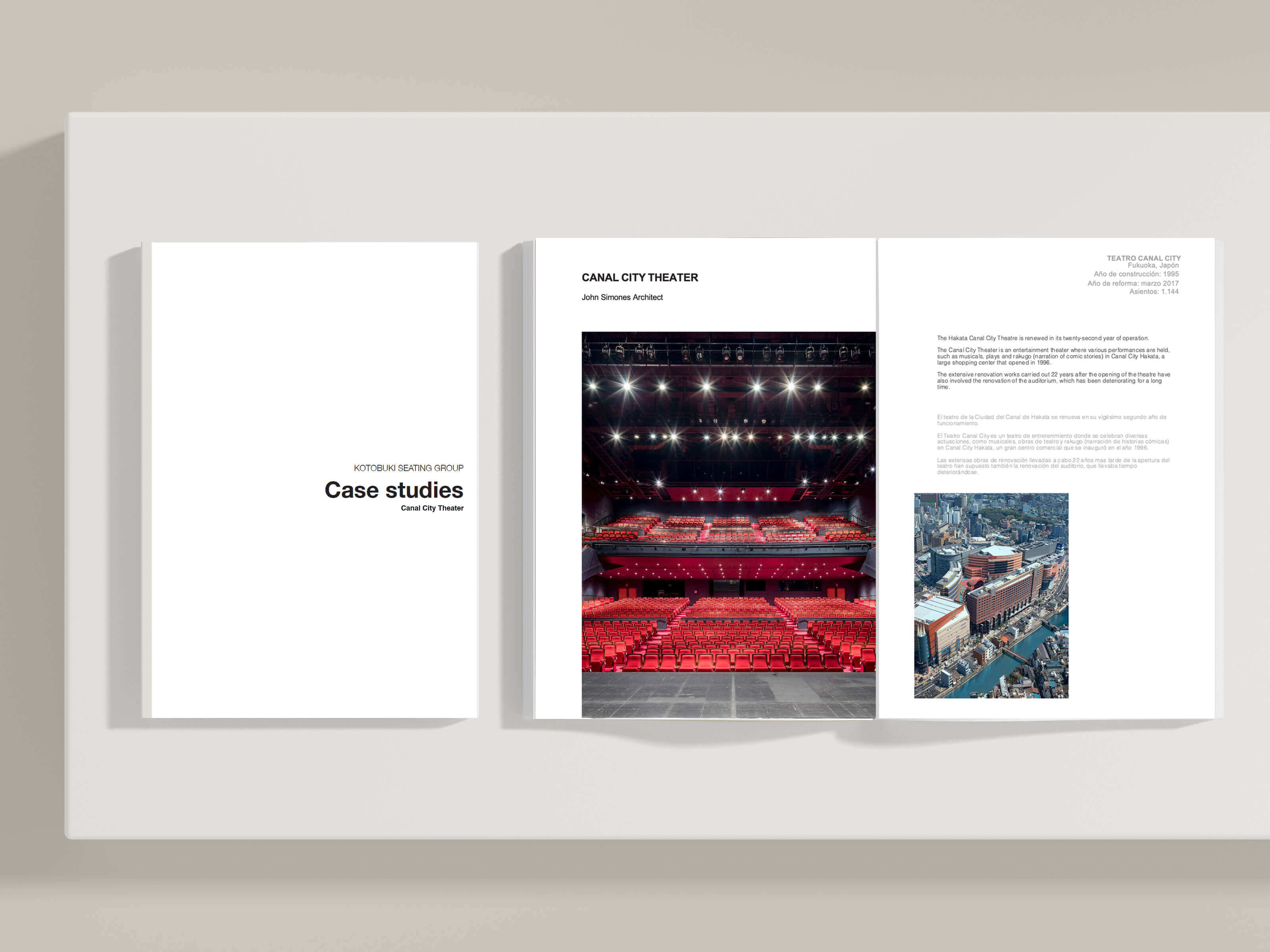